"It is said that his army numbered sixteen thousand warriors, some of them armed with muskets, and that so great was the number of the canoes that they almost blackened the channels through which they passed. . . . Kamehameha landed with the main body of his forces in the neighborhood of Honolulu, his canoes extending along the beach from Waialae to Waikiki."

Presently we came to a place where no grass grew—a wide expanse of deep sand. They said it was an old battleground. All around everywhere, not three feet apart, the bleached bones of men gleamed white in the moonlight. We picked up a lot of them for mementoes. . . . All sorts of bones could be found except skulls; but a citizen said, irreverently, that there had been an unusual number of “skull hunters” there lately—a species of sportsmen I had never heard of before [Twain 1966:59].

Nothing whatever is known about this place—its story is a secret that will never be revealed. The oldest natives make no pretense of being possessed of its history. They say these bones were here when they were children. They were here when their grandfathers were children—but how they came here, they can only conjecture. Many people believe this spot to be an ancient battleground, and it is usual to call it so; and they believe that these skeletons have lain for ages just where their proprietors fell in the great fight. Other people believe that Kamehameha I fought his first battle here [Twain 1966:61].

This story is pretty enough, but Mr. Jarves’ excellent history says the Oahuans were intrenched in Nuuanu Valley; that Kamehameha ousted them, routed them, pursued them up the valley and drove them over the precipice. He makes no mention of our bone yard at all in his book.

There was a terrible pestilence here in 1804, which killed great numbers of the inhabitants, and the natives have legends of others that swept the islands long before that; and therefore many persons now believe that these bones belonged to victims of one of the epidemics who were hastily buried in a great pit. It is by far the most reasonable conjecture, because Jarves says that the weapons of the Islanders were so rude and inefficient that their battles were not often very bloody. If this was a battle, it was astonishing deadly, for in spite of the depredations of “skull hunters,” we rode a considerable distance over ground so thickly strewn with human bones that the horses’ feet crushed them, not occasionally, but at every step [Twain 1966:62]. 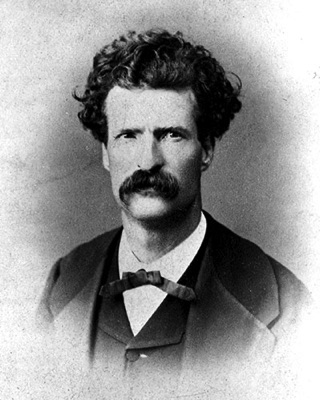