In the ancient days of Hawaiʻi when chiefs and kings still ruled the islands, there lived a beautiful young woman named Keohinani. Her hair was as black as the fire-goddess Pele’s and her eyes held the majesty of the volcanoes themselves. Her father was a mighty chief and protector of Hanauma As she neared the age of marriage, her father asked her to chose between her two suitors, Chief Koko and Chief Hana. Both were in love with her and she was equally in love with both of them. She could not, of course, choose between them.

So her father decided to host an uma (arm wrestling) contest between the two men at his house overlooking the bay. The winner would become Keohinani's husband. Both men agreed and the contest began, with Keohinani looking on. They strained against each other, locked together, both determined to win Keohinani’s love. Sweat trickled down their brows, but neither was prepared to give up. The seconds turned into minutes, the minutes into hours. Keohinani watched miserably as the two men fought against each other. She pleaded with them to stop, but the hours turned into days and still neither chief relented.

Seeing the torture she was putting her lovers through, she went to her father and asked him to stop the two men. Her father was a great magician; surely he would be able to put an end to the match? He went out to them and ordered them to give up, or face the consequences, but still, neither man moved. So he turned them both into mo'o (lizards), but even then their tails were intertwined, struggling fiercely against the other.

Keohinani prayed to the gods of the islands, asking them to be merciful.  She did not want to lose either of them, but she could not let them continue in their fighting. The gods heard her prayers and turned the two lizards into two great stone mountains to watch over Hanauma Bay and Keohinani forever, and there they remain, surrounding Hanauma Bay like two stone guardians. But even now their tails remain locked together in the eternal for Keohinani's love. 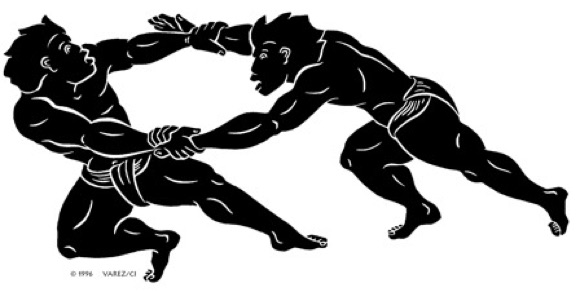 1927 Aerial over Hanauma Bay and Kawaihoa 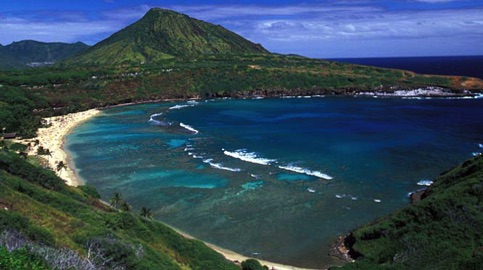 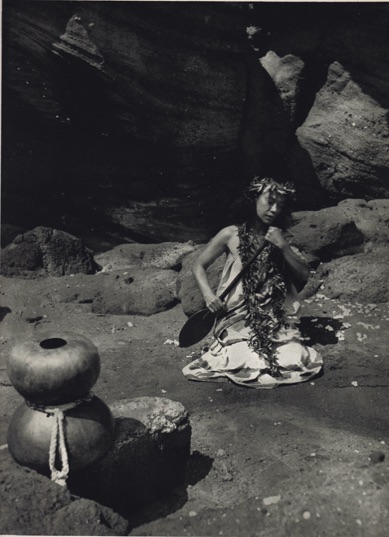