Traditions of Pele and Kapo

When Kamapua'a attacked Pele near Kalapana, Kapo (a sister of Pele) sent this kohe (vagina) as a lure and he left Pele and followed the kohe lele (flying vagina) as far as Koko Head on Oʻahu, where it rested upon the hill, leaving an impression to this day on the Makapu'u side.

. . . I am going to tell you about the hill called Kohelepelepe:  It is the hill close to the road at the great fishpond, and that fishpond is called Maunalua.  And the land belonging to that hill road, it is called the Kula of Kaea, and is is the place I came from, a place which is was told to me was really Waiakaaiea.  There is the picture cave (ke anakiʻi) of the menehune.  The sea there is called Awaʻawaʻamalu.  And the other side is Hanauma Bay. 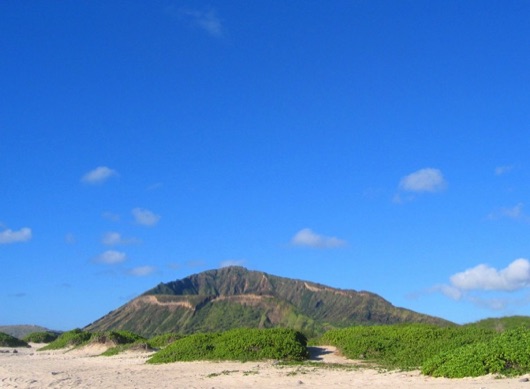