Click on the image above to view a movie of

How Koko Head Secured Its Name

From Mrs. Mary Kawena Pukui we have the following account of the way Koko Head secured its name:

“A chief and cheifess of Waialae had a daughter whom they gave away in adoption.  The parents had a shark god who had to kill anyone who molested the food plants of their cultivation.  When the girl was grown she came to visit her parents.  Finding them absent, she thought it would be no harm to take one piece of sugar cane.  After eating the sugar cane she went out to Koko Head and swam in the sea.  While in the water she was attacked by the shark and her blood was spewed ashore over the land.  Hence the name - koko which means blood.”

Paradise of the Pacific 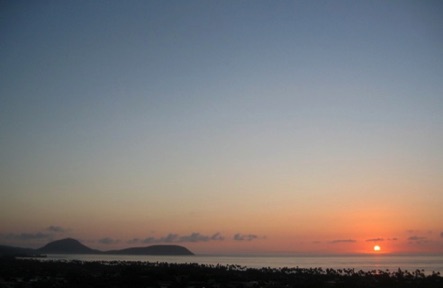