Kuapā Fishpond was once the largest fishpond in the archipelago of Hawai’i.

(Coming from Makapu’u) . . . I descended with my attendant, and near the shores of a large pond containing a surface of many hundred acres, I came to a little settlement called Keawaawa and stopped a few moments to enquire the way and to allow my attendant the luxury of a whif of tobacco.  Thence I walked on by the side of the pond in a southerly direction about a mile, having the eminences Maunalua on my left -- I then came to a narrow strip of land resembling a causeway partly natural and partly constructed extending in a North wet direction across what appeared to be considerable of a bay forming a barrier between the sea and the pond.  At the further end of this causeway sluices are constructed and the waters of the sea untie with the pond an dat every flood tide replenish it with a fresh supply of water.  Near the middle of this causeway there is a settlement of 18 houses belonging to Kalola called Maunalua.  Here I stopped about an hour . . . rested myself, took some refreshment and read the kanawai. -- At 5 minutes after 12 I set out again and after walking about 3 hours passing through 3 settlements and reading the kanawai . . . I arrived

at the school house in Waialae.

Click on pic to view historical photos of Kuapā Pond 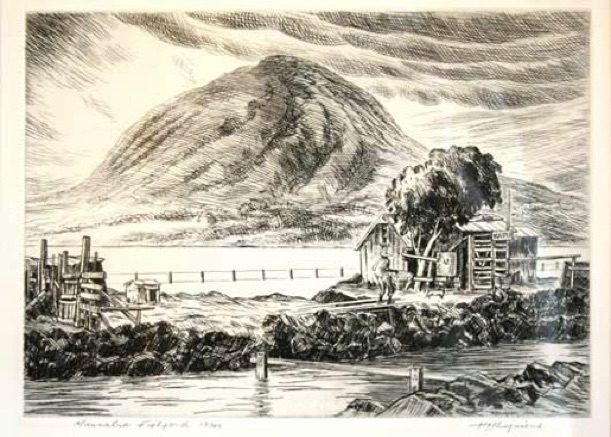 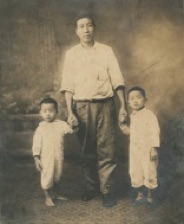 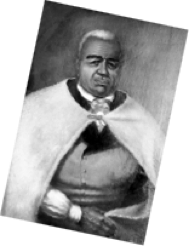 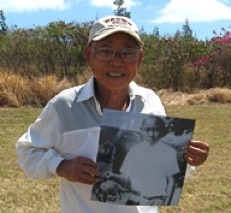 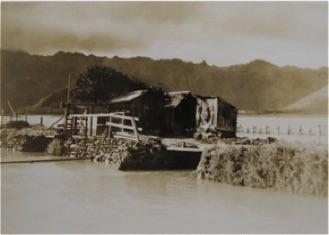 The traditional name of this fishpond is